German Shepherds generally make excellent companion dogs. They are exceptionally trainable, loving, and loyal towards their family, albeit with some aggressive tendencies. The German Shepherd is not an ideal dog for a novice owner; you must know how to train your GSD to bring out his best qualities.

Resource guarding is the main reason why german shepherds attack. This behavior can cause GSDs to attack any person (including their owner) or animal if they think a person is trying to take their food or toy or if someone tries to remove them from their resting spot. This trait is typical with GSD puppies generally.

There are other reasons why a GSD would attack, which will be examined in this article. Whatever the reason for this undesirable behavior, it’s essential to get to the root of the issue and take steps to keep it under control. A lack of socialization and training contributes significantly to an aggressive canine.

Do German Shepherds Attack For No Reason?

These include genetic, environmental, and biological. However, you can train your aggressive puppy more easily than an adult GSD. Adult GSDs are bigger and more muscular, and if they do attack, it can be more dangerous.

Unfortunately, German Shepherds have a reputation of attacking suddenly. These sudden aggressive outbursts are a sign of aggressive traits passed through the bloodlines.

Nowadays, selective breeding programs and better education for owners have helped eliminate most of these traits from purebred German Shepherds, although some still have this trait.

Your German Shepherd may feel like protecting his resources and get confrontational and attack another dog or person who gets too close.

If you bring another puppy into your home, don’t allow it to access your older dog’s toys, space, food dishes, bed, etc., as this can annoy the older dog and cause him to attack.

2. Lack Of Education Among Owners 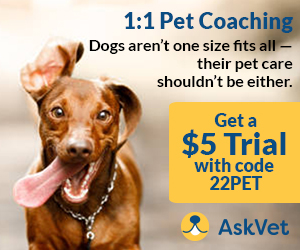 When this happens, it is through the ignorance of the owner. The lack of education among GSD owners has played a major role in causing attacks.

You must never stare directly into your GSD’s eyes, pet his head with a hand from descended from above or walk straight up to him. German Shepherds, and all dogs, perceive these gestures as threats and will cause them to attack.

German Shepherds are a high-energy breed requiring frequent exercise. These dogs were bred as herding dogs originally, and naturally, they have tons of energy to burn.

It’s never wise to confine these dogs in cramped spaces or tether them, as boredom can ensure and territorial behaviors will cause them to attack anyone near them.

It’s common for dogs to bite each other, and it usually stems from them being territorial. Sometimes, a GSD attacks other dogs out of excitement or energy rather than aggression.

These dogs are more prone to being overly aroused amid casual play and even an initial meeting.

When this occurs, your GSD may show aggressive behavior as a protective measure or as a way to calm the other dog. Such behavior may feature growling, nipping, lunging, and even biting. 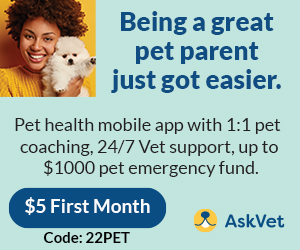 Some owners may not take their GSD to the vet when their dog is aggressive, but this is what you should do first, particularly if your GSD attacks another dog in the home.

If your usually sweet-mannered German Shepherd suddenly attacks another person or dog, then a vet visit is in order.

A well-trained GSD that becomes suddenly angry may have a health issue that you may not notice. It could be something minor, like a torn nail to something serious requiring immediate action.

What Are The Warning Signs Of An Aggressive GSD?

Signs of aggressive behavior from a German Shepherd include:

Some owners see some of the behaviors above as cute when their dog is being aggressive. However, you must also decipher between aggression and a dog playing with other dogs.

If you are uncertain about your dog being aggressive, it’s best to seek professional advice. Numerous nuances cannot all be covered in a single article.

Much of the confusion lies within the type of aggression ( fear, territorial, predatory, sexually dominant, food, etc.). Even socialization can appear aggressive (some growling, jumping, biting, barking, and so on).

First, however, you must see the signs of aggression. Assertiveness, dominance, and fear can all result in aggression and are the most apparent and dangerous forms.

Additionally, intact males are most like to be dominant aggressive. Therefore, unless you are breeding this dog, you must have him neutered. This will help reduce dominant behavior and keep the unwanted population down.

How Do You Control Aggression In A German Shepherd?

You must first determine the cause of the aggression before tackling the underlying issue.

You must train a German Shepherd not to be aggressive, although that can be challenging.

Training must consist of socialization with other people and pets. You must also teach your GSD obedience commands to increase your level of control. Deterrence measures might be necessary to prevent more aggression.

Your GSD puppy should learn relatively quickly and be receptive to training. However, an older GSD may need more time and support from a vet or professional dog behaviorist.

Before you begin training, you must get some supplies in together; a deterrence collar, an ultrasonic or whistle with a sharp note, treats, and toys as rewards.

You must set aside fifteen minutes every day for the next few weeks, and adopting a positive attitude towards training is vital, as dogs pick up on negative energy. The more consistent the training, the sooner you should achieve results.

Let’s discuss three methods to teach your dog to have self-discipline and control:

Your puppy will need a safe spot to retreat, as dogs can get overwhelmed and need alone time. You can use his bed or crate as his safe space.

Whenever your GSD becomes aggressive, barking, growling, etc., blow your whistle. Your GSD will soon learn to connect being aggressive with a negative consequence.

You can also use a deterrence collar. A remote control releases a spray of citronella, which deters biting. Using it frequently should prevent any further acts of aggression.

You mustn’t get your GSD too worked up when playing with him, and young children must not tease him too much.

Remember not to laugh during training; you must take it seriously as this can confuse you. So talk to everyone in the home and ensure that all agree with how training should go.

Big active dogs like the GSD need plenty of exercises as their biting can result from pent-up energy. So make sure to take your German Shepherd out for a long walk or extra walks. Play games with him to tire him out as a tired dog is a calmer dog.

If he starts getting aggressive, pull out a toy and play tug of war to redirect his aggression safely. This will only work if his aggression is out of wanting attention. If a tug of war game doesn’t hold his attention, you may want to ignore him.

You must constantly reward him for calm play, give him affection, praise and treats. Don’t anger your GSD by punishing him when he’s aggressive, as this will make him angrier. German Shepherds respond better to positive reinforcement.

Sign your GSD for group obedience classes as early as you can. This will get him to socialize with other people and pets. He will also learn what type of conduct is and isn’t tolerable.

Teach him basic commands like ‘down’ and ‘stay.’ This should increase your control and establish your position as pack leader. This should limit his aggression and make him more submissive.

When your German Shepherd places himself in front of you when you stop and chat with other people, it’s because he thinks it’s his job to protect you.

So you should place yourself in front, that way he can relax and understand that that’s your job. This should prevent initial hostility when strangers approach.

When he meets new people and animals, stay close and watch how he behaves. If you see signs of hostility like his tail dropping or tension, ask them to stay back to respect his boundaries.

Offer verbal praise and the occasional treat only if he remains calm when meeting strangers. Positive reinforcement helps him associate being well-behaved with receiving good things.

German Shepherds are naturally aggressive dogs; they are protective of their people and possessions; however, outward aggression towards others is evidence that consistent training and socialization is lacking.

Be sure to understand dog body language and note when your GSD becomes aggressive to help you stop the behavior.

link to 15 Dogs German Shepherds Get Along With

German Shepherds spend most of their time with their mother and litter-mates for the first four weeks of their lives. In this neonatal stage, German Shepherd puppies get all the nutrients they need...

Having been a dog owner most of my life we are passionate about our dogs and love sharing everything we learn about them. We have searched the web for all the pet dog questions we could find and have put them all into this ultimate resource for learning everything about your dog, or information when trying to find the right one.